Cisco predicts tremendous internet traffic growth over the next 5 years 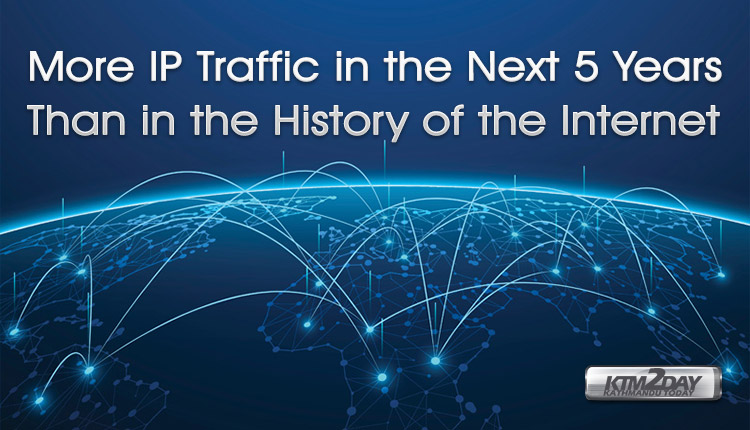 The internet is made up of thousands of public and private networks around the world. And since it came to life in 1984, more than 4.7 zettabytes of IP traffic have flowed across it. That’s the same as all the movies ever made crossing global IP networks in less than a minute.

Yet the new Visual Networking Index (VNI) by Cisco predicts that is just the beginning. By 2022, more IP traffic will cross global networks than in all prior ‘internet years’ combined up to the end of 2016. In other words, more traffic will be created in 2022 than in the 32 years since the internet started. Where will that traffic come from? All of us, our machines and the way we use the internet. By 2022, 60 percent of the global population will be internet users. More than 28 billion devices and connections will be online. And video will make up 82 percent of all IP traffic.

“The size and complexity of the internet continues to grow in ways that many could not have imagined. Since we first started the VNI Forecast in 2005, traffic has increased 56-fold, amassing a 36 percent CAGR with more people, devices and applications accessing IP networks,” said Jonathan Davidson, senior vice president and general manager, Service Provider Business, Cisco. “Global service providers are focused on transforming their networks to better manage and route traffic, while delivering premium experiences. Our ongoing research helps us gain and share valuable insights into technology and architectural transitions our customers must make to succeed.” 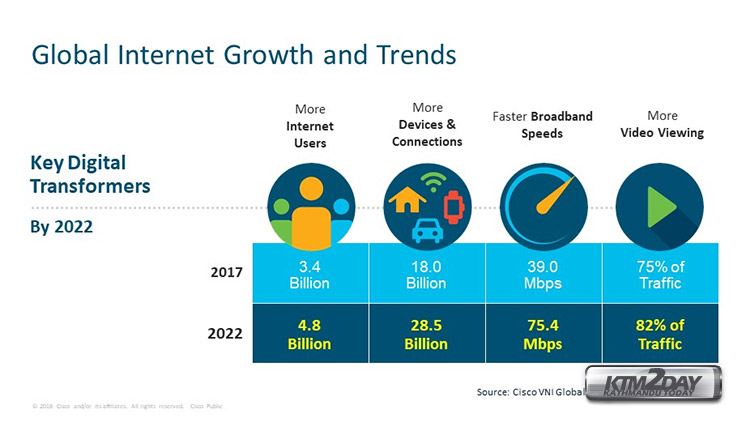 The middle mouse button has more to offer than just…

Cisco’s VNI looks at the impact that users, devices and other trends will have on global IP networks over a five-year period. From 2017 to 2022, Cisco predicts: 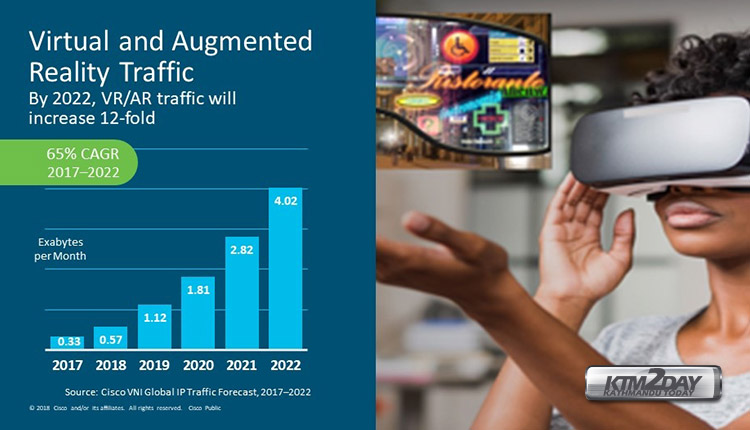 The middle mouse button has more to offer than just scrolling