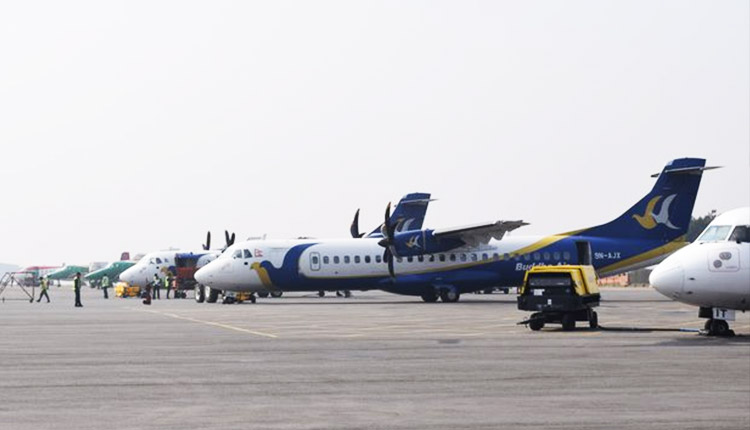 Nepal Oil Corporation has increased aviation fuel by Rs 19, as a result air fare (surcharge) has risen by upto Rs 1,020.

According to the Association of Airlines Operators, the fare from Kathmandu to Dhangadhi will be Rs 840 more. Now, the maximum fare on the Kathmandu-Dhangadhi route has reached Rs 16,805.

According to the details prepared by the Airline Operators Association of Nepal, the air fare for Biratnagar-Nepalgunj has been fixed at Rs. 9,935. Earlier, the fare to this destination was Rs 8,915.

The increased fare will be effective from Wednesday.

The new regular flight fare based in Kathmandu is as follows:

The airline has stated that the number of passengers will decrease as the air fares have been increasing time and again. The company has stated that it will be difficult to get the minimum ceiling ticket as the fare is increasing. 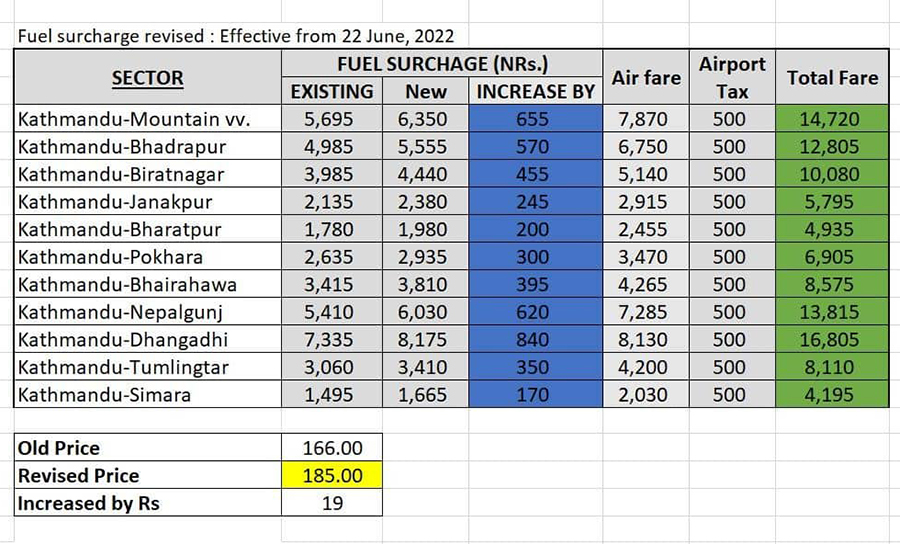 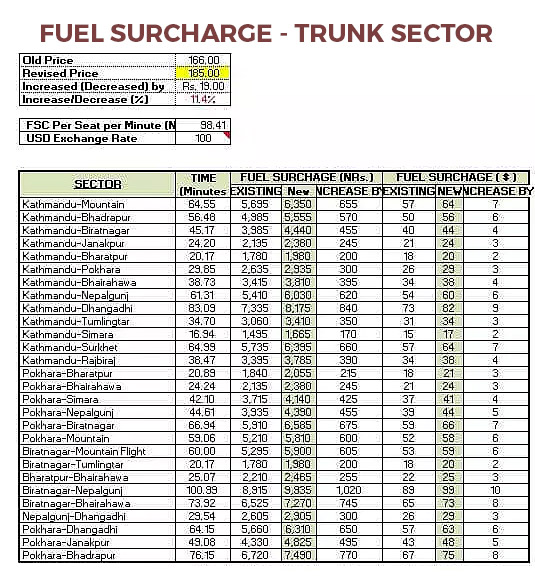